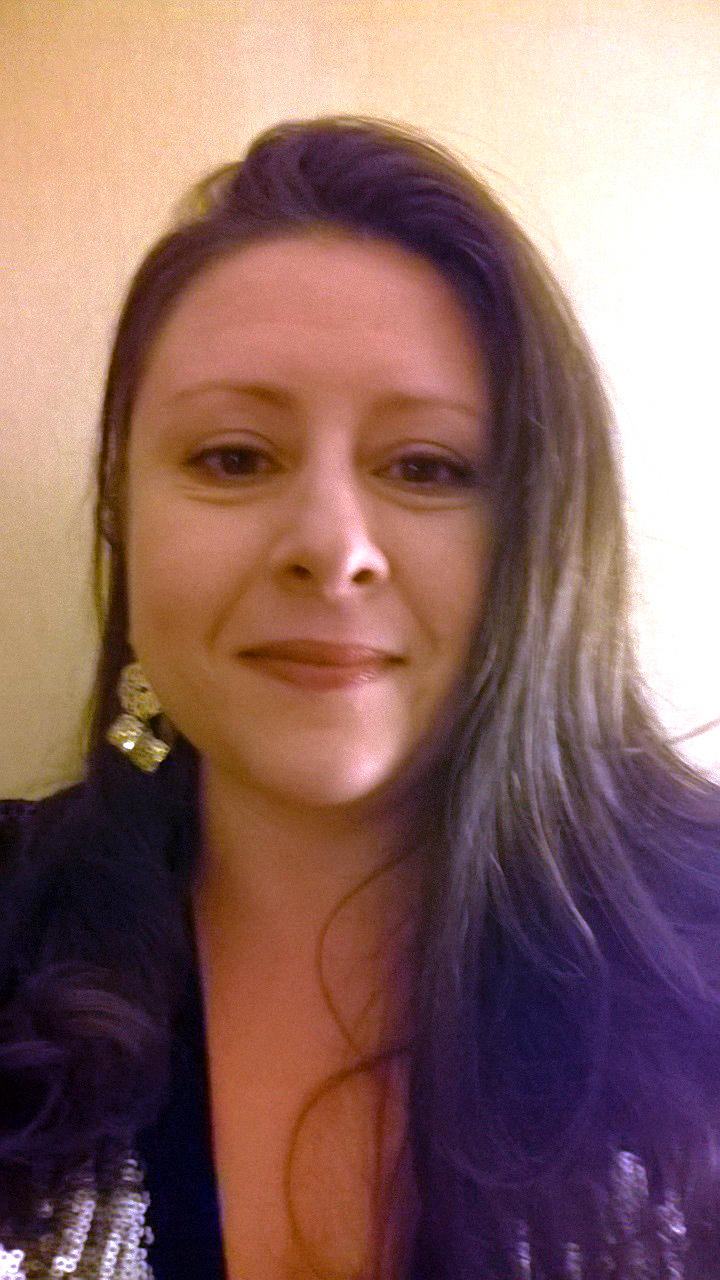 Franny Kent came to the Museum of the City of New York in 2004 with extensive experience in museum education. Kent received an MS in Education with a specialty in Museum Leadership from the Bank Street College of Education, and a BA in Anthropology from Queens College of CUNY.  Prior to her work at the City Museum, she worked in the education departments of the Jewish Children’s Learning Lab, the Morgan Library, and the American Museum of Natural History. In 2012, The School Art League awarded Kent the Charles Marshall Robertson Memorial Prize, given annually to an educator who has made a significant contribution to students in the New York City public schools.

Emily Potter-Ndiaye
Institute Co-director
Director of Education, Brooklyn Historical Society
Emily Potter-Ndiaye is Director of Education at BHS, where she oversees robust programming, serving over 15,000 students and teachers annually with an emphasis on student-as-curator/researcher projects and providing teachers with access to unique primary sources and new historical scholarship. Potter-Ndiaye received an M.A. in Museum Studies from N.Y.U. and a B.A. in History from Macalester College. Prior to her work at BHS, she led education programs at the Contemporary Jewish Museum in San Francisco, the New-York Historical Society, and Institution Marc Perrot in Dakar, Senegal. 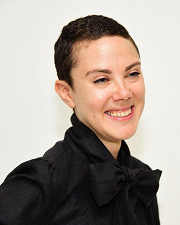 E.Y. Zipris
Assistant Director of the Frederick A.O. Schwarz Education Center at the Museum of the City of New York
Ms. Zipris develops and leads professional development programs, creates exhibition-based material for classroom use, and oversees a staff of part-time Museum Scholars who lead Adult Group Tours. She has an EdM in Art Education and Museum Studies from Teachers College and an MA in Museum Anthropology from Columbia University. She received her BA in English Literature from Yeshiva University. 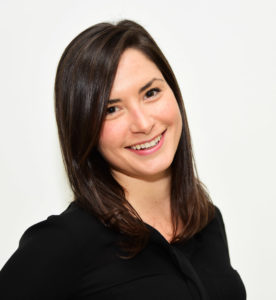 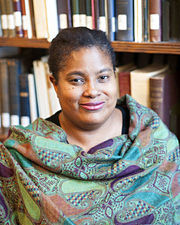 Shirley Brown Alleyne
Manager of Teaching and Learning, Brooklyn Historical Society
Currently, the Manager of Teaching and Learning at the Brooklyn Historical Society, Shirley Brown Alleyne loves history and finding new ways to teach all subjects using history. Ms. Brown Alleyne taught Education at Medgar Evers College and Museum Management at Fashion Institute of Technology. Previously, she was the Director of Education for A C Gilbert’s Discovery Village in Salem, Oregon and for the Wyckoff Farmhouse Museum in Brooklyn, NY. Shirley has a MSED from Bank Street College, and a B.S. in Secondary Education from Niagara University. 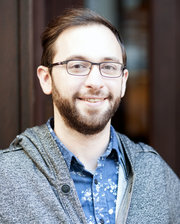 Alex Tronolone
Manager of Teaching & Learning, Grades 6-12+, Brooklyn Historical Society
Alex Tronolone is Manager of Teaching & Learning for grades 6-12+ at Brooklyn Historical Society, where he oversees school programs, curricula, marketing, and reporting. A proud graduate of NYC public schools, he earned his BA in History from New York University and his MSed in Adolescent Special Education from Long Island University. 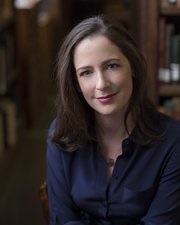 Julie Golia
Director of Public History, Brooklyn Historical Society
Julie Golia is the Director of Public History at Brooklyn Historical Society (BHS). She is the co-founder and editor of TeachArchives.org, a robust educational website that brings innovative teaching exercises and articles on pedagogy to a national audience. Golia has curated several major exhibitions at BHS, most recently Waterfront an innovative permanent exhibition opening January, 2018 in BHS’s new satellite museum in DUMBO. 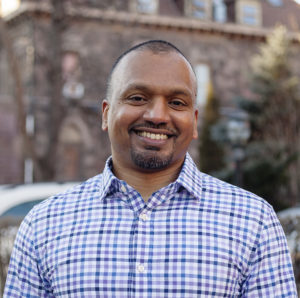 Zaheer Ali is the Oral Historian at Brooklyn Historical Society, where he records, collects, archives, and curates the lived histories, testimonies, memoirs, and narrations of Brooklynites from all walks of life. In this capacity, he currently directs Muslims in Brooklyn, a multi-year, multi-faceted public arts and oral history project designed to amplify the stories of Brooklyn’s Muslim communities, and contextualize those stories in the broader history of Brooklyn. He also co-produces and co-hosts Flatbush + Main, Brooklyn Historical Society’s award-winning monthly podcast, now in its third year of exploring Brooklyn’s past and present through scholarly discussions, historical archives, and oral histories. 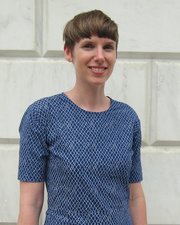 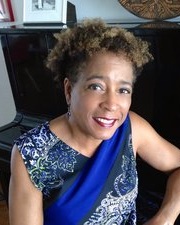 Deborah Gray White
Lead Scholar
Deborah Gray White, Ph.D., Board of Governors Distinguished Professor of History at Rutgers University, will serve as the lead project scholar. She is the author of Ar’n’t I A Woman?: Female Slaves in the Plantation South, (New York: W. W. Norton, 1985, 1999), Too Heavy A Load: Black Women in Defense of Themselves, 1894-1994 (New York: W.W. Norton, 1999), Let My People Go: African American 1800-1865 (New York: Oxford University Press, 1999) and co-author of Freedom on My Mind: A History of African Americans (Boston: Bedford/St. Martin’s, 2013). 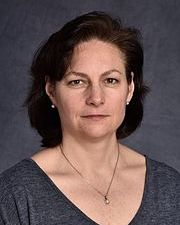 Julie Gallagher
Presenting Scholar
Julie Gallagher is an Associate Professor of History at Penn State University, Brandywine. She is the co-editor of Reshaping Women’s History: Voices of Nontraditional Women Historians (forthcoming Fall 2018) and author of Black Women and Politics in New York City (2012), both of which are published by the University of Illinois Press. 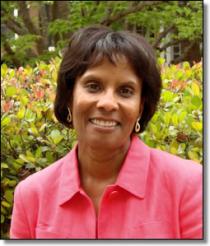 Wanda Hendricks
Presenting Scholar
Wanda Hendricks, Ph.D., is Professor of History at the University of South Carolina and the author of Gender, Race, and Politics in the Midwest: Black Club Women in Illinois (Indiana University Press, 1998), and Fannie Barrier Williams: Crossing The Borders of Region and Race (University of Illinois Press, 2014), for which she was awarded the 2014 Letitia Woods Brown Book Award from the Association of Black Women Historians. 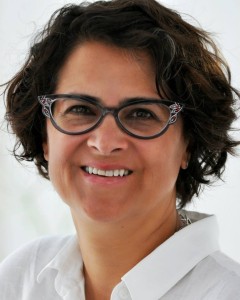 Martha S. Jones is Society of Black Alumni Presidential Professor of History at Johns Hopkins University where she teaches the history of African Americans, race, and law. Her books include All Bound Up Together: The Woman Question in African American Public Culture, Birthright Citizens: A History of Race and Rights in Antebellum America, and Toward an Intellectual History of Black Women. 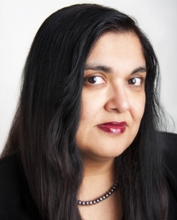 Manisha Sinha
Presenting Scholar
Manisha Sinha is the Draper Chair in American History at the University of Connecticut, Storrs. Her recent book The Slave’s Cause was featured as the Editor’s Choice of the New York Times Book Review. She is also the author of The Counterrevolution of Slavery: Politics and Ideology in Antebellum South Carolina (2000), named one of the ten best books on slavery in Politico. She has written for the New York Times and the Huffington Post and appeared on The Daily Show with Jon Stewart in 2014. She was an adviser and on-screen expert for the Emmy-nominated PBS documentary, The Abolitionists (2013), which is part of the National Endowment for the Humanities’ Created Equal film series. 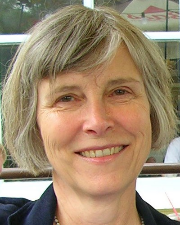 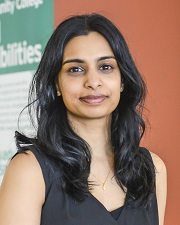 Prithi Kanakamedala
Presenting Scholar
Prithi Kanakamedala is an Assistant Professor of History at Bronx Community College of the City University of New York. As a Public Historian she has worked for Danspace Project, Place Matters, Brooklyn Historical Society, Weeksville Heritage Center, and Irondale Ensemble Project. She curated Brooklyn Abolitionists which can be currently seen at the Brooklyn Historical Society and served as Historian for the larger public history project entitled In Pursuit of Freedom examining Brooklyn’s nineteenth century anti-slavery movement. 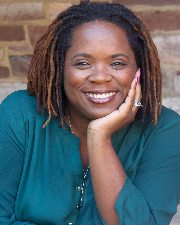 Melanye Price
Presenting Scholar
Melanye Price is associate professor of Africana Studies and Political Science at Rutgers University-New Brunswick. Her research/teaching interests include black politics, public opinion, and social movements. Her most recent book, The Race Whisperer: Barack Obama and the Political Uses of Race (NYU, 2016) examines the multiple and strategic ways that President Obama uses race to deflect negative racial attitudes and engage with a large cross-section of voters. Her first book, Dreaming Blackness: Black Nationalism and African American Public Opinion (NYU, 2009) examined contemporary support for Black Nationalism. She was a contributor to Stanley Nelson’s documentary, Obama: Through the Fire, which aired on BET this January, and has done political commentary for The New York Times, Ms. Magazine, Hartford Courant, Vox, and NYC and CT Public Radio. 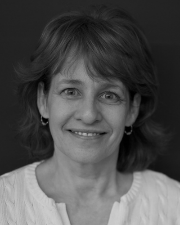 Karen Pastorello
Presenting Scholar
Karen Pastorello, Chair of Women and Gender Studies and Professor of History, at Tompkins Cortland Community College (SUNY) earned a doctorate in Modern American History from Binghamton University. Her publications include: A Power among Them: Bessie Abramowitz Hillman and the Making of the Amalgamated Clothing Workers of America (University of Illinois Press, 2008), The Progressives: Activism and Reform in American Society, 1893-1917 (John Wiley and Sons, 2014), and Women Will Vote: Winning Suffrage in New York State co-authored with Susan Goodier (Cornell University Press, 2017). 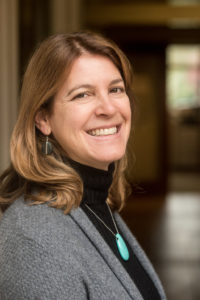 Cathleen Cahill
Presenting Scholar (photo credit, Michael T. Davis)
Cathleen D. Cahill teaches at Penn State University. She is the author of Federal Fathers and Mothers: A Social History of the United States Indian Service, 1869–1932 (2011), which won the Labriola Center American Indian National Book Award and was a finalist for the David J. Weber and Bill Clements Book Prize. Cahill focuses on women’s working and political lives, asking how identities such as race, nationality, class, and age have shaped them. She is currently researching and writing Joining the Parade: Women of Color Challenge the Mainstream Suffrage Movement. The book follows the lead of feminist scholars of color calling for alternative “genealogies of feminism,” using individual biographies to explore the activism of African American, indigenous, Chinese American, and Hispana women before and after the ratification of the Nineteenth Amendment. It will be out by the anniversary of the 19th amendment in 2020.

Museum of the City of New York